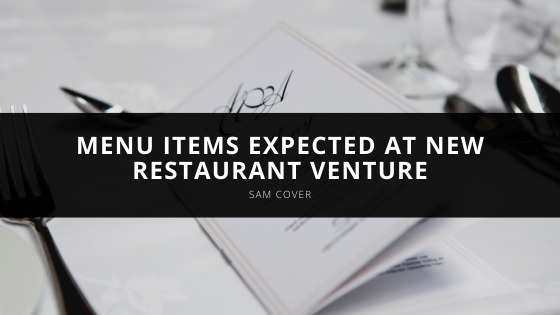 Chef Sam Cover teases a selection of dishes expected to feature on the menu of his latest restaurant in Spokane, Washington.

From cedar-planked salmon to apple, raspberry, and huckleberry pie, award-winning chef Sam Cover has this week teased a selection of delicious regional dishes likely to feature on the menu of his latest soon-to-open restaurant in Spokane, Washington. Also including Alaskan ceviche and a chanterelle mushroom risotto, Cover reveals more about the dishes, all of which are inspired by Spokane County culinary tradition and the wider cuisine of the Pacific Northwest.

“As an advocate for local and hyper-local food and ingredients, with my latest venture, it’s important to me to feature dishes which predominantly utilize produce from Spokane and surrounding areas,” explains the restaurateur.

Award-winning local chef Sam starts by offering a closer look at his cedar-planked salmon. “Famed throughout much of the state of Washington, cedar-planked salmon never disappoints,” suggests the chef. Cover’s showcase fish dish, he says, is doubly irresistible thanks to the addition of a secret recipe sweet honey-balsamic glaze, known only to him and his team.

Another fish dish, Sam Cover is similarly excited about his Alaskan ceviche offering. “Made with Pacific halibut, my favorite Alaskan ceviche recipe also features fresh local tomatoes and delicious green peppers, topped with cilantro,” adds Cover. “For vegans and vegetarians, meanwhile,” he goes on, “I love to serve up a stunning chanterelle mushroom risotto alongside a variety of other meat-free and non-dairy dishes.”

Again, locally sourced, chanterelle mushrooms are famed for their fruity aroma and mildly peppery taste, according to the culinary expert.

Lastly, Cover turns toward a favorite sweet dish. “One of several special desserts that I’m known for is my apple, raspberry, and huckleberry pie,” reveals the chef.

“All local, with Spokane County and surrounding areas famed for their fresh apples, raspberries, and huckleberries, the sweet pie is topped,” adds Cover, wrapping up, “with my famous Rainier cherry compote, made from a local cherry hybrid named after the iconic Mount Rainier.”

Born and raised in Spokane, Washington, renowned chef Sam Cover has made a name for himself in the Pacific Northwest’s thriving restaurant and luxury catering scene. Cover has also managed teams in some of the nation’s most highly regarded restaurants and hotels from Los Angeles to New York City. To date, Sam Cover has enjoyed more than two decades of fast-paced life as a chef, winning multiple awards for his food in the process, and shows no sign of slowing down as he prepares to open his brand-new Spokane restaurant in spring 2020.