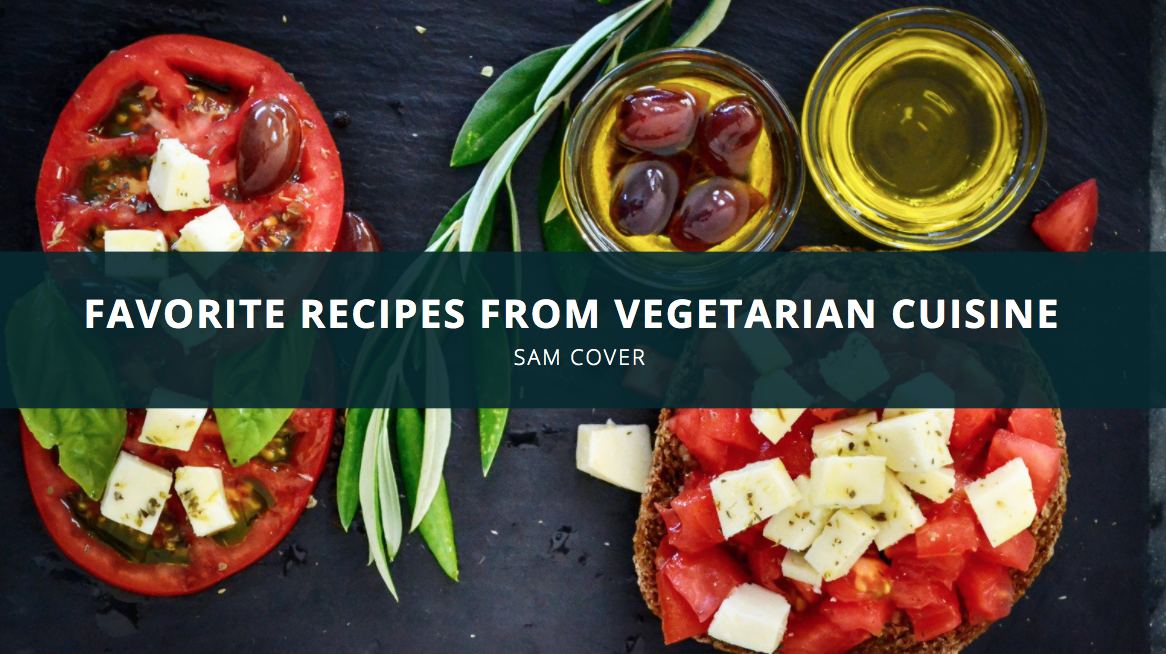 A multi-award-winning chef and restaurateur, Sam Cover Spokane Washington is best known for his seafood dishes. An outspoken proponent of locally sourced produce, the Pacific Northwest native is also becoming increasingly well known for his vegetarian and vegan recipes.

“Here in the Pacific Northwest, not only do we have access to some of the world’s finest seafood, but there’s also an abundance of local produce on our doorstep for much of the year,” explains Sam Cover Spokane , speaking from his home on the easternmost edge of the Evergreen State.

In addition to being an advocate for the increasingly popular farm-to-table movement, Sam Cover Spokane Washington is also extremely knowledgeable on locally foragable ingredients. “Much of what’s farmed locally, and what can be foraged here in the Pacific Northwest, lends itself perfectly to vegetarian and vegan cuisine,” says Cover.

It’s with this in mind that Sam Cover Spokane Valley is keen to whip up three of his favorite vegetarian dishes. “It’s the best way to showcase the most delicious cuisine,” suggests the chef, “whether vegetarian, vegan or otherwise.”

In this instance, Sam Cover has three vegetarian dishes in mind. “Mac ‘n’ cheese, mushroom stroganoff, and huckleberry pie,” says the multi-award-winning chef and restaurateur. “Morel mushrooms are particularly abundant for a large part of the year locally,” he explains, “and lend themselves perfectly to a delicious stroganoff.”

Sam Cover Spokane‘s third pick—mac ‘n’ cheese—is somewhat less of a forageable dish, but does rely on local produce and the chef’s beloved farm-to-table ethos. “The Pacific Northwest is celebrated for its regional cheeses,” says Sam. “A specialty Oregon cheddar works perfectly in a delicious mac ‘n’ cheese,” reveals the expert, “washed down with, for example, one of Portland’s famous craft beers.”

Sam Cover of Washington has recently spoken at length on a wealth of food-related topics, including exploring the latest home cooking trends and discussing his campaign for healthier food in local schools.

In June, Sam Cover Spokane Washington also announced plans for a food-focused podcast. “I’ve been dreaming about hosting a podcast for several years,” said Cover at the time, “and I’m extremely excited to now be able to announce that I’ll soon be hosting my own food and drink-focused show from right here in Spokane, Washington.”

Born and raised in easternmost Washington, renowned chef Sam Cover has been making a name for himself on the Pacific Northwest’s restaurant scene for more than two decades. Multi-award-winning, Cover has worked in kitchens across Washington and elsewhere in the U.S., including in some of the nation’s most highly regarded dining venues.