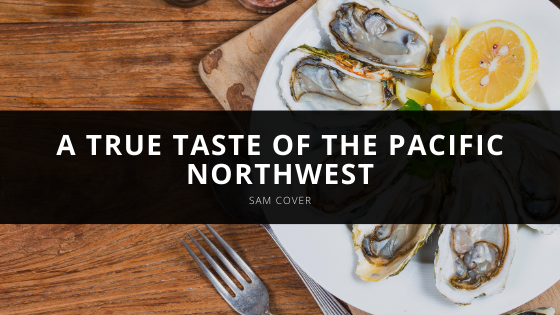 Celebrated chef and Pacific Northwest native Sam Cover showcases some of the region’s most famous food and drink.

From fresh oysters and smoked salmon to garlic fries, specialty cheeses, and donuts, Pacific Northwest native and celebrated chef Sam Cover, from Spokane, Washington, showcases some of the region’s most quintessential flavors from right across the food and drink spectrum.

“The Pacific Northwest is perhaps best known for its fresh seafood,” suggests Cover. While the region may not have one particular famous dish or style of cuisine, the chef is entirely correct: North America’s Pacific Northwest is, indeed, famed for its seafood. “From fresh, grilled, smoked, or salt-cured salmon to lobster and oysters, seafood is a staple of Pacific Northwest cooking and dining,” he adds, “from family kitchens to luxury hotels and restaurant tables stretching from Seattle to San Francisco.”

The region is similarly famous for its array of wild berries, nuts, and mushrooms – many of which can be foraged for by those who know what they’re doing, according to Cover. “Hazelnuts, or filberts, as we call them, are a Pacific Northwest staple,” he reveals, “so much so that they are, in fact, the official state nut of Oregon!”

Wild blackberries are particularly abundant, too, according to the chef. “Often foraged for alongside wild mushrooms, few places on earth offer a better opportunity to get outdoors and collect delicious, fresh, and—importantly—incredibly versatile local ingredients,” adds Cover.

Another local dish enjoyed by much of the Pacific Northwest is garlic fries, Cover reveals. “Seattle’s Safeco Field baseball park, in particular, is famed for its delicious and incredibly powerful garlic fries, normally served with a couple of apple slices just to take the tangy edge off,” he adds.

Elsewhere in the Pacific Northwest, Portland, specifically, Sam Cover says, is known for its donuts. “Portland, Oregon, is a hub for a wide variety of regional food trends,” he explains, “and donuts are no exception.”

Oregon, too, is renowned for its specialty cheeses—cheddar in particular—while Portland is also central to the Pacific Northwest’s thriving craft beer scene, according to the celebrated chef.

“Craft beers are big business in Portland and across much of the region,” adds Sam, wrapping up, “and, with such a broad array on offer, there’s usually a good opportunity to discover a beer which perfectly complements whatever you’re cooking or eating, from tangy garlic fries to delicious fresh seafood.”

Born and raised in Spokane, Washington, distinguished chef Sam Cover has made a name for himself working in kitchens across Spokane County and elsewhere in America, from Los Angeles to New York City, managing teams in some of the nation’s most highly regarded restaurants and hotels. The chef is known, in particular, for his fresh fish and seafood dishes. To date, Sam has enjoyed more than two decades of fast-paced life as a chef, winning multiple awards for his food in the process, and shows no sign of slowing down as he prepares to open a brand new restaurant in early 2020.