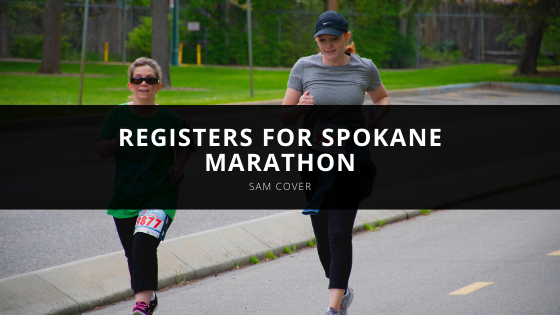 Following a busy and highly successful year for the award-winning chef and local restaurateur, Spokane native Sam Cover shows no sign of slowing down in 2020 as he prepares to launch his latest venture and, later in the year, tackle the famous Spokane Marathon for the fourth time. Already set to prepare for the event, Cover reveals more about the marathon and what’s in store for himself and his fellow runners.

“With my latest restaurant venture set to launch early in 2020, I’m already making every effort to prepare for this year’s Spokane Marathon,” explains Cover, an advocate for hyper-local food and its benefits also recently named as the chosen spokesperson for local produce suppliers at an upcoming food and wine festival. “Even with nine months to go, I’m already running twice a week in preparation, and hitting the gym whenever possible to ensure that I’m in the best possible shape ahead of this year’s event,” he adds.

Set to take place on Sunday, October 11, 2020, Spokane Marathon is, according to Sam Cover, one of the most scenic marathon courses in the United States. “One of the most scenic courses in the country, the Spokane Marathon takes runners out of downtown Spokane and along several miles of the famous Lilac Bloomsday Run course,” reveals Cover, currently a three-time veteran of the race who last ran in 2018.

Next, he says, they take in the Centennial Trail, high above the Spokane River, before meandering through the campuses of Spokane Falls Community College and Mukogawa Fort Wright Institute. Continuing on among the stunning fall foliage, those partaking in the Spokane Marathon will, according to the famous chef and Pacific Northwest native, also take in many stately homes, pass through the trendy Kendall Yards neighborhood, and run under the Monroe Street bridge in the final mile. “Here,” adds Cover, “you have the most incredible view of the Spokane Falls.”

The finish, he says, is then fewer than 100 meters into the beautiful Riverfront Park. “Also set to take place on the same day are a half marathon, a marathon relay, and a 10K race,” adds the chef, wrapping up, “perfect for those looking for something a little different from the traditional marathon event.”

To find out how you can join Sam Cover at this year’s Spokane Marathon, or to learn more about the event, head to http://www.thespokanemarathon.com/.