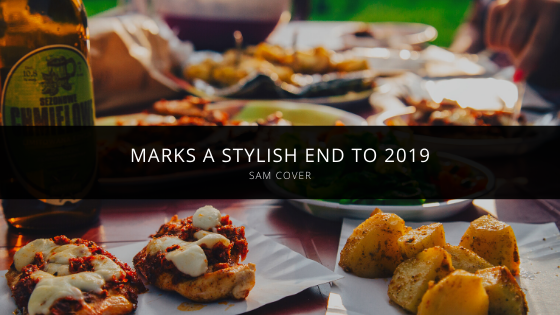 Celebrated chef and Spokane County native Sam Cover celebrates a prosperous end to the year and looks forward to what’s in store for 2020.

Recently announced as the chosen spokesperson for local produce suppliers at an upcoming food and wine festival, award-winning chef and restaurateur Sam Cover, a Spokane County native, is also set to host a number of black-tie events in and around Spokane between now and the start of the New Year. This follows a successful twelve months for Cover, who, in early 2020, is due to open a brand new restaurant in his hometown.

Throughout 2019, award-winning chef Sam Cover has spoken at great length about local food trends, the benefits of hyper-local ingredients, the Pacific Northwest region’s best eateries, and much more. A particular advocate for local food and drink, the Spokane County native was recently announced as an elected spokesman on behalf of local produce suppliers. Accordingly, he will appear as a representative at a prestigious upcoming wine and food event due to be hosted in the popular Washington state county of Spokane County soon.

Cover is also set to open a brand new restaurant in the Spokane area early next year. The venture will, he says, see him combine indulgent but thoroughly local ingredients with beautiful, elegant plating that embody the so-called upscale comfort ethos—that couples local food and a significant level of luxury—which he loves.

Proposing a professionally executed taste of home, Cover promises that every dish will be prepared to perfection. “It’ll be the perfect mix of hearty, local and regional cuisine and fine dining,” he said of the restaurant earlier this year.

Between now and the New Year, Cover will also host a number of glitzy black-tie events in and around Spokane and across wider Spokane County in the run-up to his restaurant launch. “It’s been another successful year,” adds the award-winning chef, wrapping up, “both for myself and for the profession and restaurant industry in the U.S. as a whole, and I look forward to what’s to come in 2020 and beyond.”

Born and raised in Spokane, Washington, distinguished chef Sam Cover has made a name for himself working in kitchens across Spokane County and elsewhere in America, from New York City to Los Angeles, managing teams in some of the nation’s most highly regarded restaurants and hotels. With more than two decades of experience under his belt, the chef is known, in particular, for his fresh fish and seafood dishes.