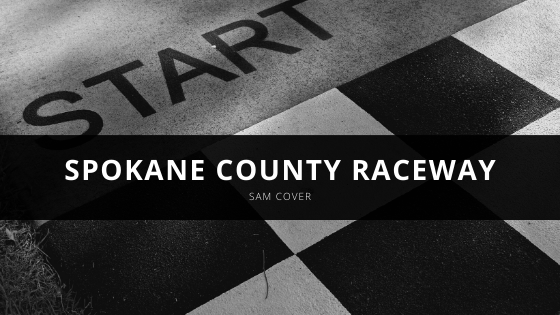 An award-winning local chef soon set to open a brand new restaurant in the bustling eastern Washington state city of Spokane, Sam Cover recently headed to nearby Spokane County Raceway for an evening of adrenaline-fueled racing. Newly appointed as the chosen spokesperson for local independent and artisanal food and drink producers, Cover reveals more about what’s in store for visitors to the popular racetrack venue.

One of Spokane County Raceway’s biggest draws, according to Spokane-based chef Sam Cover, is its popular Team Challenge series. “Each team can have racers from any four classes including junior dragster, junior street, trophy, sportsman, pro, and super pro,” adds the chef and racing fan.

Teams, he goes on to explain, accrue points collectively, and racers that race in multiple classes may only gain points in the class they perform best in. “A one-time entry fee of $25 per racer is applicable,” reveals Cover, “and all proceeds go toward a grand prize which is awarded at the end of the year.”

A tournament-style race and part of the Spokane County Raceway King of the Track event, the team which wins this final annual race takes the grand prize and is crowned Team Challenge Champion. “Other popular events held at Spokane County Raceway,” adds Cover, wrapping up, “include Friday Nights Under The Lights, Streetcar Shootout Spokane, the Dr Pepper Nitro Spring Nationals, Test and Tune, and the Spokane Festival of Speed.”

To follow in award-winning Spokane-based chef Sam Cover’s footsteps, and to find out more about Spokane County Raceway, head to https://www.spokanecountyraceway.com/.